Being a teenager is tough at the best of times, but imagine navigating your way through your teen years while losing your sight to cataract.

Alexcis is a 13-year-old boy from the island of Siargao in the Philippines. For two years, he had been going to school, only to sit in class and listen. With cataract clouding his vision, he was unable to read, write or actively participate in class.

While his classmates walked to school independently, Alexcis had to be accompanied by his brother. Living along a busy road, his poor vision posed additional risks to his safety. Once, he had to be rushed to the hospital because he got hit by a speeding motorcycle!

After his accident, Alexcis became shy and reclusive. He spent most of his time indoors, where he was less likely to be harmed and bullied because of his eye condition.

Thanks to supporters of The Fred Hollows Foundation, Alexcis was given the chance to see again. Once his father, Randy, found out that there was a cure for cataract, they both set out to get Alexcis the help he needed before he lost his sight permanently.

One morning, Alexcis and Randy woke before the roosters, and left Siargao at 3:30am to endure a three-hour boat ride to the mainland in Surigao del Norte. There, Alexcis had his eyes checked and was prepared to get his cataract operation.

Their trip was definitely worth it – Alexcis’ surgery was successful, and he was able to see again the day his eye patches were removed.

“I can see everything now. I am excited to go back to school,” Alexcis enthuses.

We checked on Alexcis’ progress, a few months after his operation. He was a bit shy at first, but he quickly opened up to us, recalling his experience at the hospital. 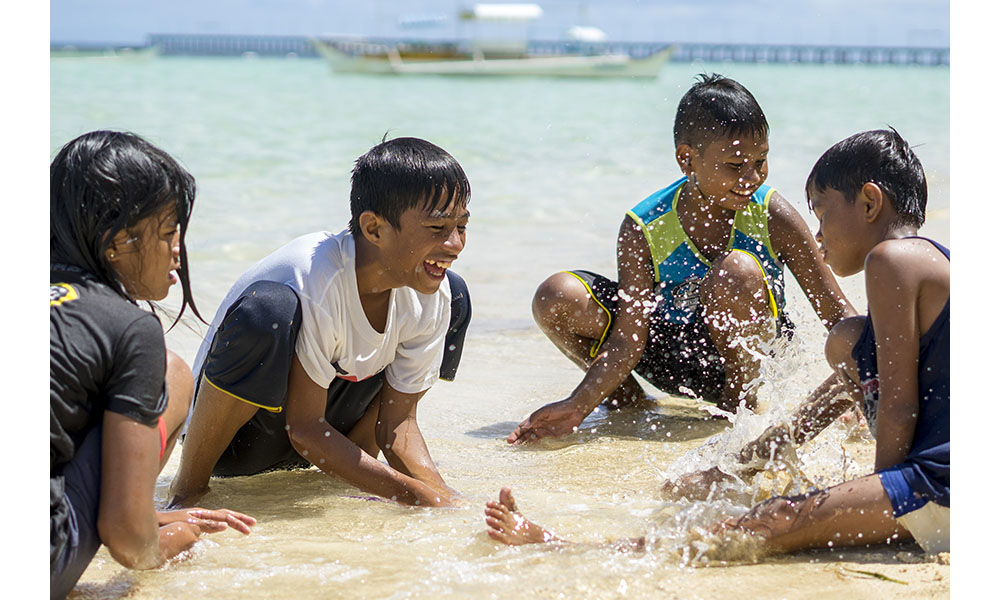 Soon, he was showing us his daily activities and hobbies – things that he wasn’t able to enjoy before his surgery. We went to the beach with his friends, and Alexcis’ joy and playfulness was infectious. Behind the camera, I could see a boy who had been deprived of childhood joys for far too long, making up for lost time with gusto.

His father Randy couldn’t agree more: “Because he couldn’t see for most of his childhood, he’s now just catching up with play. We don’t prevent him from playing with his friends, we just let him enjoy his childhood.”

Alexcis is back at school now, and when he’s not enjoying the beach, he confidently helps his parents with household chores.

His parents hope that he will study hard and now that he’s been given the opportunity to see again. Randy is thankful to The Foundation and all the supporters who made this happen. He hopes that in the future, Alexcis himself will return the favour and help other people in need.

Written by Aildrene Tan from the Fred Hollows Foundation.