Skip to content
Home - The Observatory - Turning opportunity into outcomes

As a young boy growing up in one of Vietnam’s provinces, Dr Huynh Tan Phuc always dreamed of becoming a doctor. 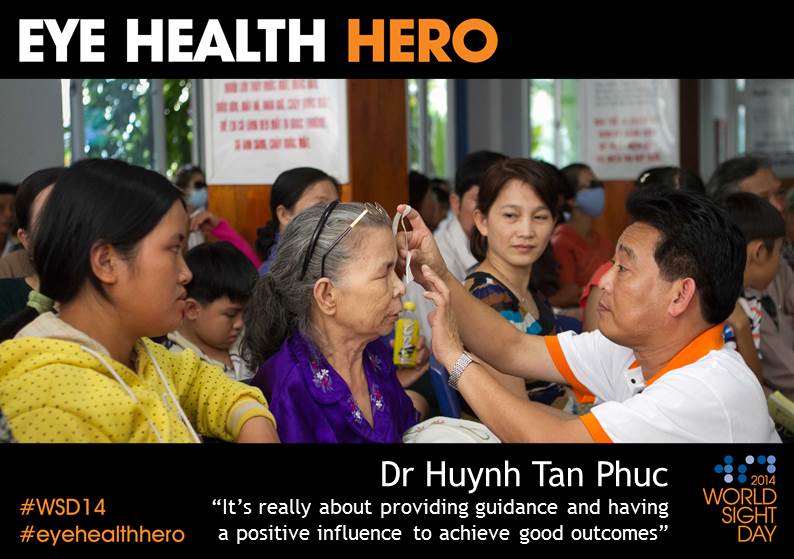 “In my mind, being a doctor was a good thing because I could see that doctors help people,” Huynh says. “Back then, it was hard to get good treatment in my village if you were sick, so I wanted to be able to provide Vietnamese people with good treatments for disease.”

Huynh’s dream came true. Graduating as a general surgeon in 1988, he went to work at the district hospital in Da Nang city.

“When I started working at the hospital, there were seven surgeons already, but no eye surgeons. Not long after I started working there, the hospital announced it was going to open an eye department and asked if anyone would like to study to become an ophthalmologist. I saw this as a great opportunity so I volunteered.”

Huynh travelled to Ho Chi Minh City to study for the ophthalmology specialisation and came top of his class out of the 75 students from South Vietnam. He returned to the district hospital as one of the few local eye surgeons in the region and practised there for the next seven years.

In 1995, Huynh decided to expand his horizons by taking up a position with World Vision in Vietnam. During this time he worked on many public health programs across the country.

“I loved my job at World Vision because every day was different and presented me new challenges. I was young and enthusiastic and felt like I could do many things. As a result, I got promoted every two years.”

By 2000, Huynh was National Health Coordinator for World Vision Vietnam, requiring him to manage more than 40 health related development projects around the country. “I had to be across many areas of public health and many issues,” he says. “So every day I was reading lots of books and documents and keeping up to date with medical and public health developments. It kept me on my toes.”

Huynh’s next big opportunity came in 2003, when he was offered the position of County Manager-Vietnam with the Fred Hollows Foundation.

“I knew lots of people from the Fred Hollows Foundation from my work at World Vision. For me, it was a good opportunity to go back to my roots—to focus on eye health and blindness prevention. With this work, I felt like I had finally found my calling.”

Huynh cites his greatest achievement in this role as building one of the strongest public eye health programs for the organisation globally: the Vietnamese Blindness Prevention Program.

“Professor Hollows came to Vietnam in the last stages of his life so this program was very special to the Foundation, as keeping it alive was a fulfilment of his promise.

“When I first took over the program, it had been reduced to very small. So, I wrote proposals, hired new staff and got to work. By 2010, I had increased the annual budget of the program from $25,000 to $4 million and gone from two staff to 22. We had many successes during this time, following the training 322 eye surgeons and revolutionising cataract surgery in Vietnam.”

For his efforts, Huynh was promoted again just this year—to a Regional Director—East Asia for the Foundation. This means he now has oversight of the Foundation’s programs across six countries: Vietnam, Laos, Cambodia, China, Philippines and Indonesia.

“I just started the job two months ago, so I’m still learning about each country program.  It’s very exciting but I’m aware of the many challenges too.

“I need to work out which programs are strong and which needs improvement, and then deliver assistance and support where required, including securing funding.

“It’s really about providing guidance and having a positive influence to achieve good outcomes.

“I hope in time I can understand the other cultures well. I think this will be the key to making it a success.”