It’s not every day that you get to speak with the Governor-General and the Australian of the Year; shake hands with past Prime Ministers and meet some of Australia’s most generous philanthropists; but on Monday that’s exactly what I did! 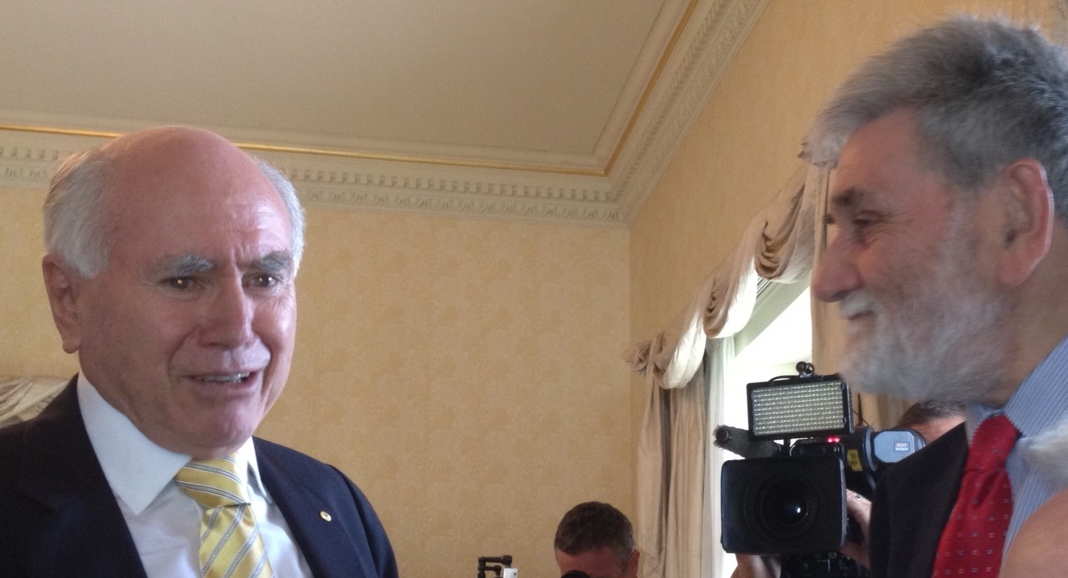 Former Prime Minister John Howard and The Hon Barry Jones AO at the launch of the trust.

I was very honoured to be invited to the launch of The Queen Elizabeth Diamond Jubilee Trust in Australia hosted by the Governorâ€‘General, Her Excellency Ms Quentin Bryce. The trust will focus on avoidable blindness and vision loss —specifically the elimination of trachoma and reducing prevalence of diabetic retinopathy and glaucoma. This is exciting news for the sector and perfect timing with the anticipated endorsement of the Global Action Plan at the World Health Assembly in May. No doubt the trust will be able to energise the global efforts already underway to eliminate avoidable blindness and vision loss. 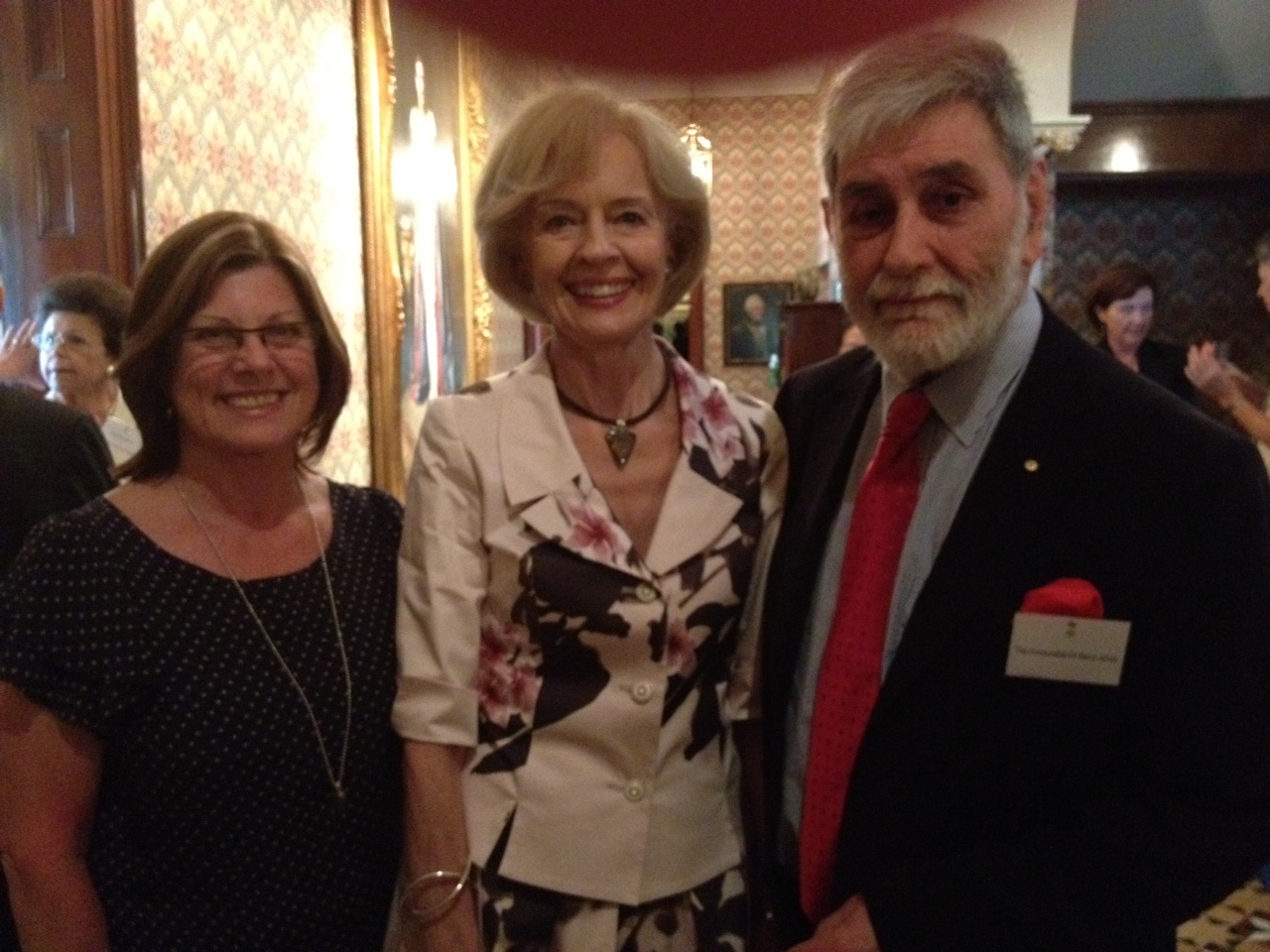 At the launch held at Admiralty House in Sydney the Governor General was clearly moved as she spoke of her personal experience in witnessing sight being restored in developing countries and how staggered she was to learn that 80 per cent of vision impairment is preventable or treatable. She also offered her full support for the trust and initiatives that will work towards eliminating avoidable blindness.

Major General Michael Jeffery who was appointed by the Prime Minister to lead the trust spoke of the importance of a declaration on avoidable blindness at the next Commonwealth Heads of Government Meeting being held in Sri Lanka later in the year. This will lead to sustainable efforts by Commonwealth countries and build on the work of the trust. He explained how the role of the trust is to raise funds throughout the nation and the Commonwealth to improve the lives of the poorest people living in those countries, including Aboriginal and Torres Strait Islander people in Australia.

It is encouraging that the trust has said it will work with partners already tackling eye diseases such as trachoma in Australia and the nation’s Commonwealth neighbours. While it is not clear how this will occur, it is essential that a proven development approach is adopted; an approach which integrates eye health within national health systems and works to strengthen those systems. 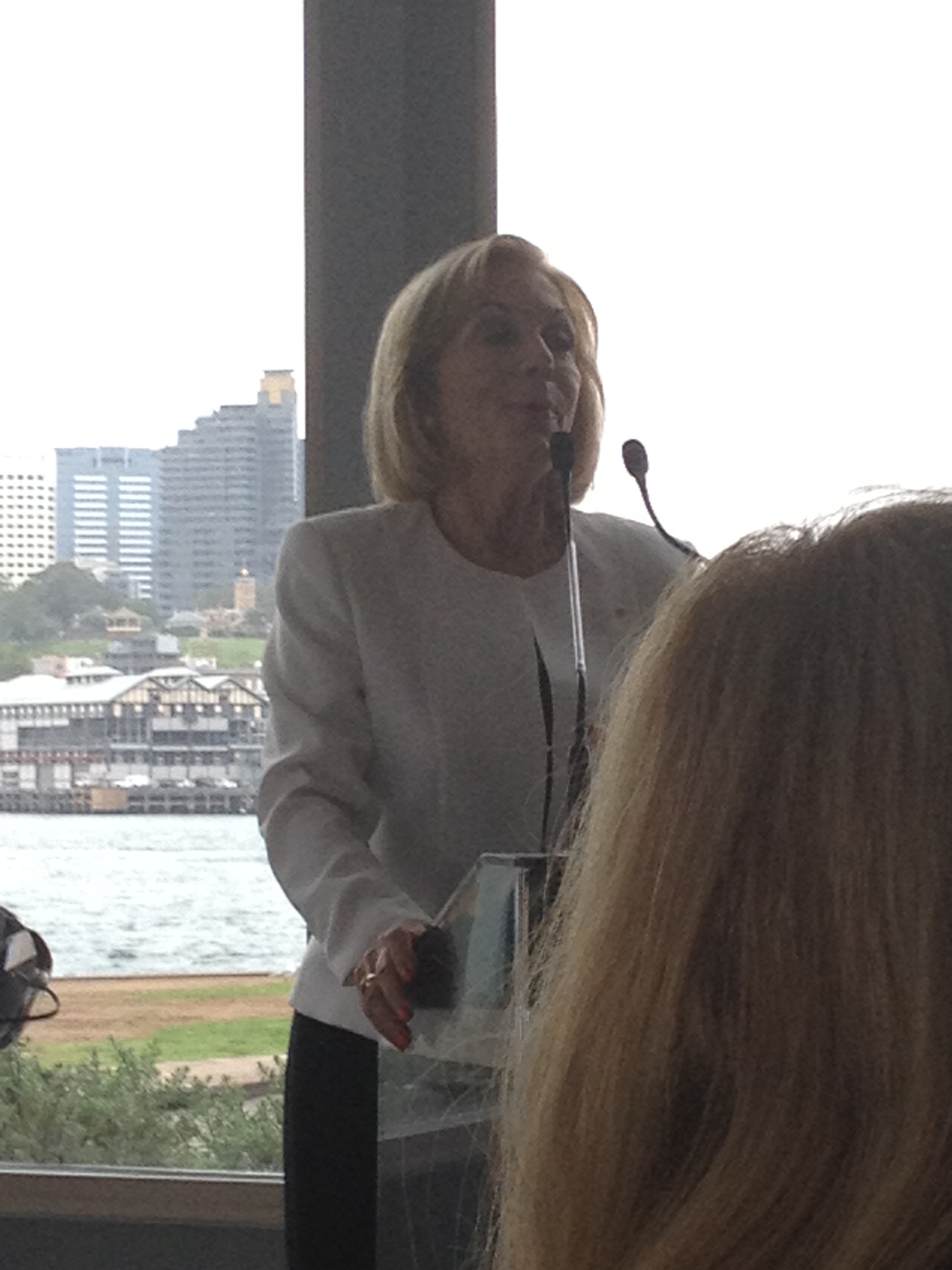 Ita Buttrose speaking at the launch of the trust.

The launch concluded with a lunch where Ita Buttrose spoke passionately about eye health, expressing her strong support for the trust and urging those present to support the elimination of avoidable blindness and vision loss.

For those not familiar with The Queen Elizabeth Diamond Jubilee Trust it was developed in 2011 at the Commonwealth Heads of Government Meeting in Perth. For more details on the trust in Australia you can visit the local website at www.jubileetrust.org.au