Skip to content
Home - The Observatory - WASH: the silent weapon against NTDs

WASH: the silent weapon against NTDs

On Tuesday 4 September, colleagues from The Fred Hollows Foundation, the University of Queensland, SightSavers, Children Without Worms and WaterAid Australia stood before a room of health professionals working on Neglected Tropical Diseases (NTDs) with plastic poo’s. As it turned out, we didn’t need these sanitation gimmicks to start a conversation about the importance of integrating water, sanitation and hygiene (WASH) into the prevention and control programmes for NTDs.

Neglected Tropical Diseases are a short list of diseases with very serious consequence. Diseases no longer heard of in some nations – Trachoma, Guinea Worm, Rabies, Leprosy, Worms – continue to affect more than one billion people in low-income countries. A number of organisations and agencies have been working towards the elimination of these diseases for years. Pharmaceutical companies have provided millions of dollars’ worth of drugs to help treat individuals suffering from the debilitating illness caused by a tiny soil transmitted worm. This medication kills the worm that has been ingested and living in the gut absorbing precious nutrients to help it grow to the length of two metres in some cases. 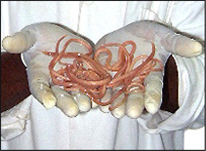 With the worm treated and excreted, you might be inclined to think…problem solved. However the faeces that has been excreted by that infected individual for the past however many months is loaded with infective eggs. If sanitation practices have been poor, with people defecating in the open, it is likely that these eggs have contaminated food and water, been in contact with the skin through walking or made it back into people’s mouths when they don’t wash their hands. This leads to reinfection and so the worms remain.

In 1909, the Rockefeller Centre undertook the mammoth task of eliminating worms from the South of the United States where it was rampant and debilitating. By 1915 they had successfully eliminated this disease, and importantly acknowledged the vital role that sanitation played in this victory…”cure alone is almost useless…because the patient can go out and immediately pick up more disease. The cure should be accompanied by a sanitation campaign for the prevention of soil pollution”.

A similar story can be told for many other NTDs, most notably Trachoma, Guinea Worm and Schistosomiasis. WASH interventions, including sanitation, hand washing and water resource management are all necessary to remove disease laden faeces and treat infected water sources that allow disease to persist within communities.

The Trachoma community is all too aware of the role that WASH must play to put the elimination of this terrible eye infection in sight. In 1998, the Global Alliance for the Elimination of Trachoma by 2020 (GET2020) was formed to roll out the SAFE strategy, which prioritises Surgery – Antibiotics – Facial Cleanliness –Environmental Improvements to address Trachoma in endemic countries. The prominent positioning of WASH within the strategy is a good start and has led to come good examples of NTD programs that integrate WASH effectively.

But achieving integration in practice is not always easy and these examples are often few and far between. The definition of integration…”the delivery of a range of interventions through coordination across a variety of sectors and with participation of all relevant stakeholders to achieve a common goal” has a broad meaning and is a difficult task!

The integration of WASH and NTDs faces the challenges of:

The recent NNN Conference on NTDs in Sydney has given both sectors the opportunity to examine these blockages further, and to discuss concrete actions to move forward towards integration. These actions begin with small steps that could lead to big gains! The key take home messages are: 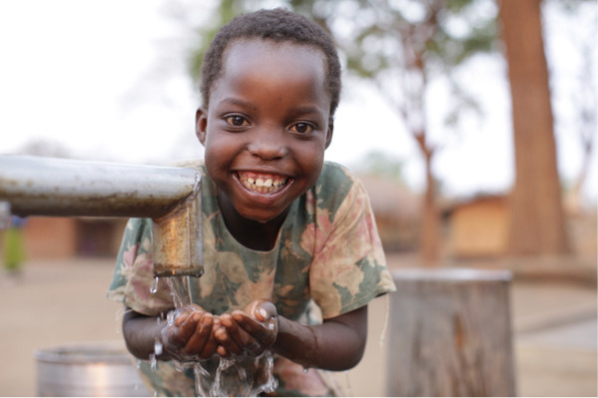 There are a number of upcoming opportunities to discuss WASH and NTDs further. WaterAid Australia is currently coordinating the development of a paper on WASH and NTDs with a number of colleagues in the NTD community titled WASH: The silent weapon against NTDs.

In October there is the UNC Water and Health Conference in the United States where this topic will feature. November sees a meeting to review the progress towards the London Declaration and a Round Table on WASH and NTDs will be held in early December. This issue seems to be gaining momentum, traction and resonance – perhaps WASH will no longer play a silent role in the fight against NTDs.